If you ever find yourself in Romania, make sure to visit Brasov and Bran! We spent a whole day in these two scenic places and we did not regret it. Starting with a train and continuing with a bus, we arrived at our first stop, the village of Bran. 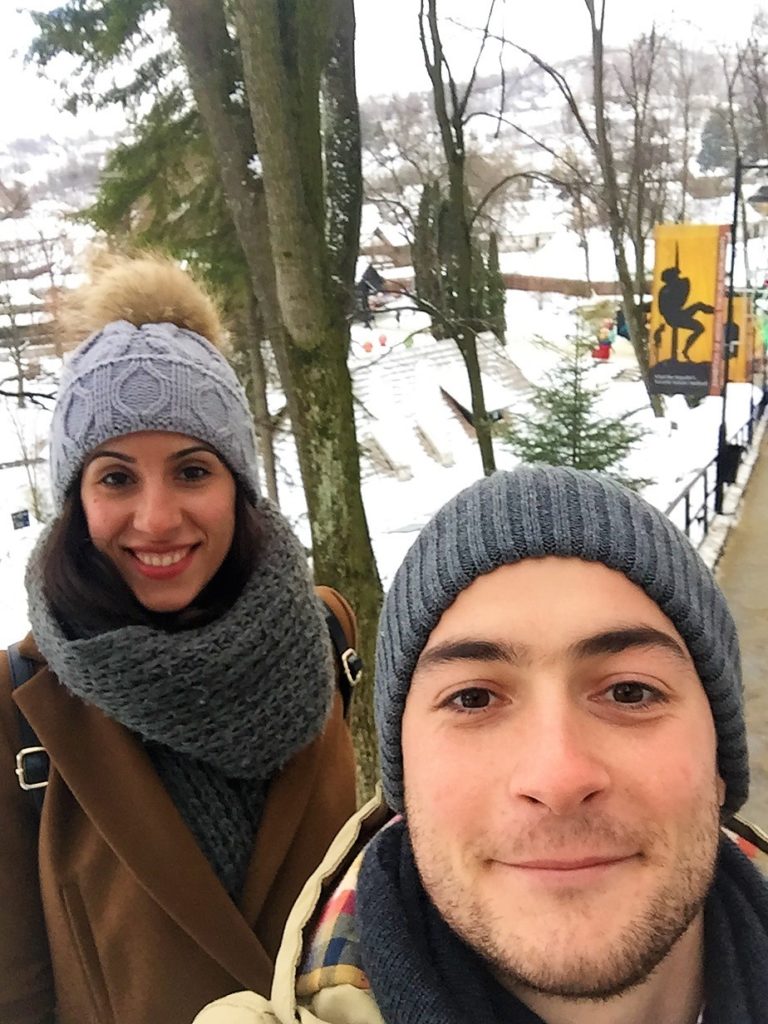 On our way to Dracula’s Castle

The first month of the year was before the gates and the cold was dull. It did not leave you much room for walking. So we decided to head straight to Dracula’s Castle. The scenery on our way up was terrific. Everything was dressed in white while the imposing towers invited you to meet them.

The inner and outer spaces of the Tower reminded of a labyrinth with a mysterious atmosphere. Lites with narrow passageways and small rooms. Features an internal courtyard and many points with stunning views. It is a well-preserved castle that really deserves to be visited! The reputation of the Castle was revealed by its haunted landlord, and until today it is a pole of attraction for Romanian travelers. Prepare, then, for several queues and waiting! 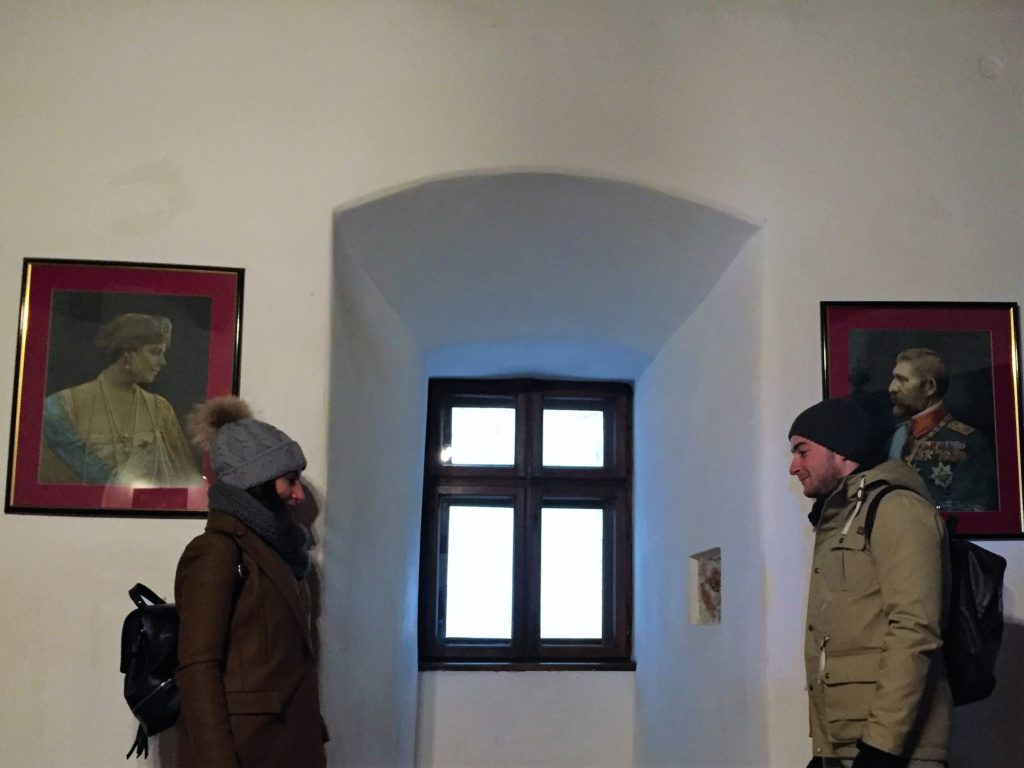 After touring the Castle you can taste the traditional sweet Colac secuiesc, which resembles that of Prague.

Approved Tip: Avoid taking a taxi to take you to Bran Castle. The bus is an economical solution even if you get stuck!

Braşov or else Kronstadt is a medieval mountain resort in Transylvania. It is worth seeing the Black Church, which was built in the 15th century and was burned out in 1689. Then take your walk on the Republic’s pedestrian street and pick up the windows or drink your coffee. The picturesque buildings and the frozen atmosphere give a magical look! 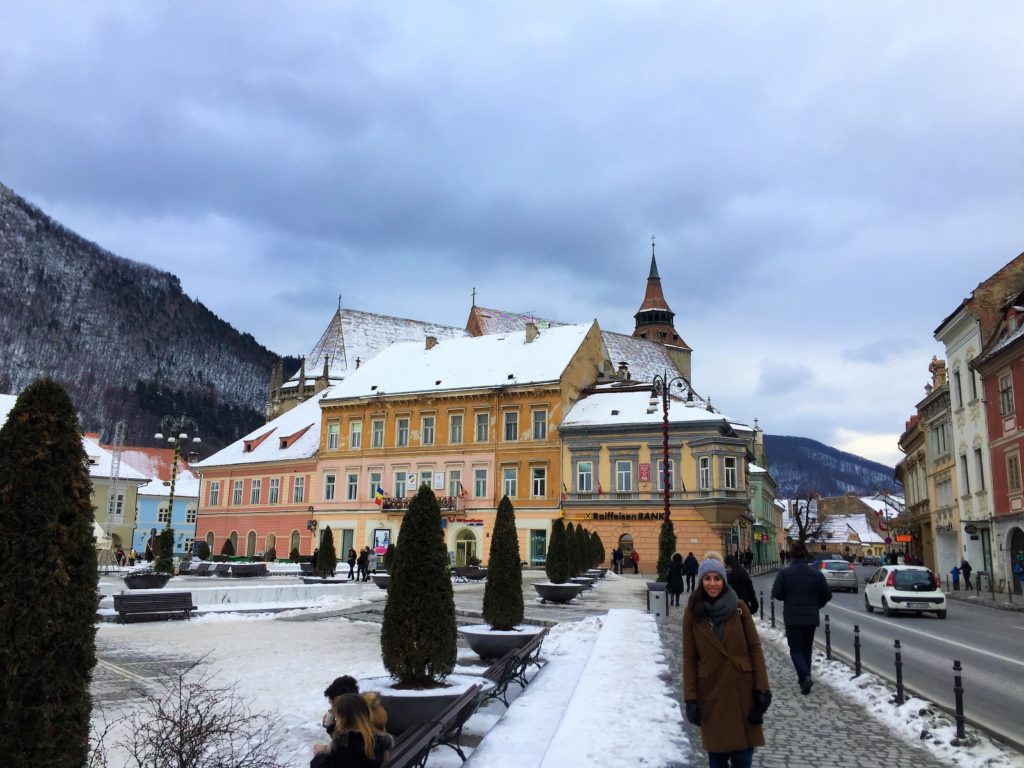 We are sure that after an exhausting day you will need a good meal and we will send you to the best. Restaurant Sergiana is a traditional stone-built area where waiters are dressed in traditional costumes offering delicious delights. We highly recommend it!

END_OF_DOCUMENT_TOKEN_TO_BE_REPLACED 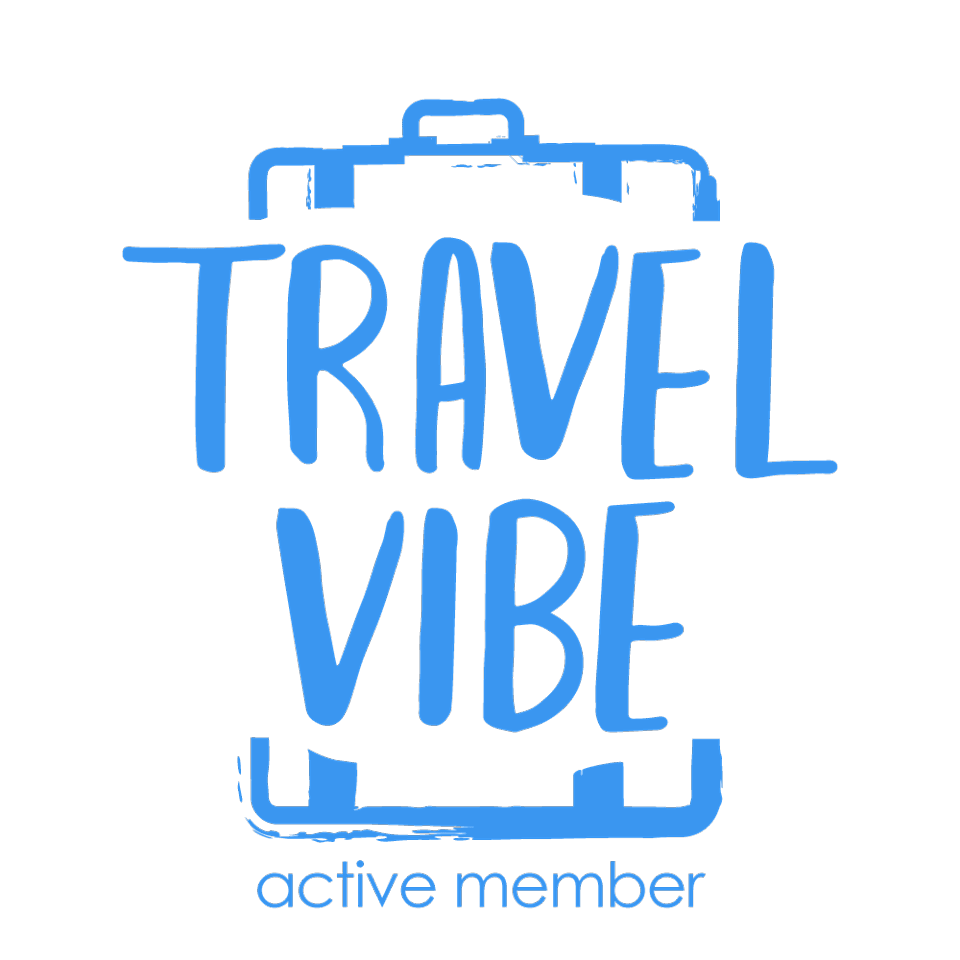